Is Your Online Sportsbook Ready for the 2017 NBA Finals? 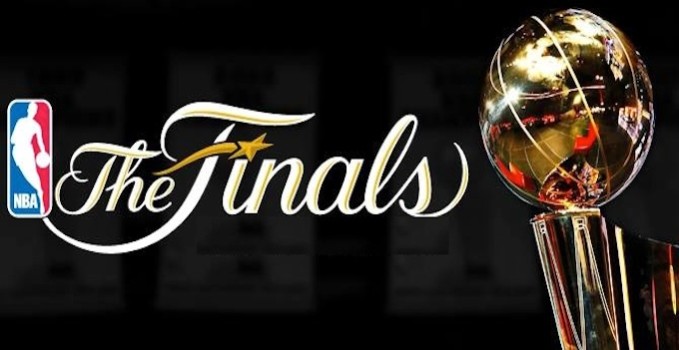 The NBA regular season gets underway in November as an extended warm up for the highly anticipated start of the playoffs. While the eight teams from both the Eastern and Western Conference that did qualify for the postseason all had dreams about making it all the way to the championship series, sports bettors pretty much knew which two teams would actually make it that far before the 2016/2017 NBA season ever got underway.

Golden State won the title in 2015 with a 4-2 series victory against Cleveland. The Cavaliers rallied from a dire 3-1 series deficit in the 2016 NBA Finals to even the score with a Game 7 win for the ages. Round 3 of the ultimate heavyweight fight when it comes to NBA powers is set to get underway later this week and now is the time to put together your betting strategy for how you are going to cash in on the games.

It does not matter if you are a Warriors’ fan looking for your team’s redemption or a Cavaliers’ fan looking for the repeat win, this year’s NBA Finals should be one of the best betting events of the year no matter how long it lasts. A straight bet on the side with points or the “over/under” bet on the total line may be the two most popular ways to wager on the individual games, you still need an online sportsbook that is willing to expand the boundaries with any number of additional betting options for each individual matchup as well as for the series as a whole.

Most online books have Golden State listed as a -255 favorite to successfully avenge last season’s stunning loss with the moneyline odds on Cleveland winning this series again set at +215. That is just the tip of the iceberg when it comes to all the series props that have been released in advance of this Thursday’s Game 1 at Oracle Arena in Oakland. You can bet on the exact length of this series from four to seven games. The best odds on the board have Golden State reclaiming the NBA title in five games at +275 betting odds.

Winning the MVP award in the NBA Finals is probably one of the heaviest bet player prop for this series, but you can also bet on which player will be the first to score 100 points. The player props are also extended to other performance measures such as the most points, assists, rebounds or blocks over the course of the entire championship series.

While the added betting value in some of these series props offer an excellent way to cash in on a few winning tickets, the real excitement starts when the betting odds are released for team and player props on a game-by-game basis. You can bet on just about anything that will take place over the course of a game and if you are willing to expand your search for NBA Finals’ game props to a number of different online sportsbooks, you should be able to uncover a few prop bets that have quite a bit of value in the posted number.

One of the most popular and exciting ways to add even more action to the betting board in conjunction with the action on the court is live in-game wagers. Many of these are based on a ‘what happens next’ scenario after the ball has been tipped off to start the game. The betting lines are constantly changing in what quickly becomes one of the most exhilarating ways to bet on basketball for all of you action junkies out there.